Posted By: India Newson: May 03, 2019No Comments
Print Email 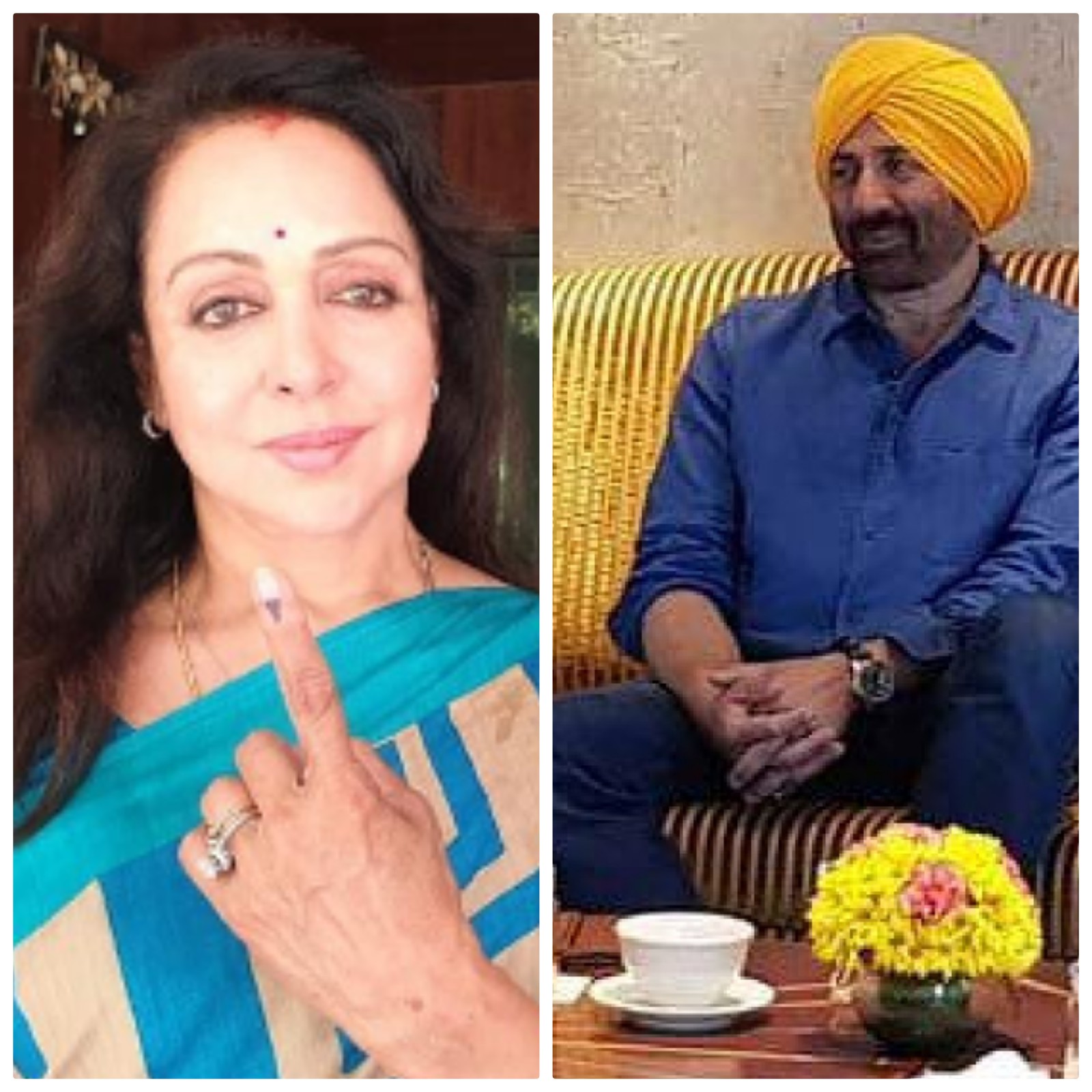 Guradaspur voters ask: Will Sunny invite Hemaji to campaign for him and will he campaign for Hemaji in Mathura ?

ACTRESS Hema Malini, who is stilled referred to as the Dream Girl of Bollywood, is recontesting Lok Sabha elections from Mathura constituency of Uttar Pradesh. And so is her son actor Sunny Deol .And so what if she is Sunny’s stepmother ?A mother is a mother because she is a mother.
Sunnybaba (62) is contesting from Gurdaspur seat in Punjab. The seat was won for consecutive terms by late actor Vinod Khanna, the same actor who was attracted to Osho Rajneesh and spend time at Osho Ashram in Koregaon Park area of Pune. The Ashram was famous for promoting “free sex” during the days of Osho, whom some called spirutual guru while some referred to him as sex guru.
Sunny’s entry in Punjab was as dramatic as his dishum-dishum fights in Bollywood potboilers. He entered the sacred land of Punjab wearing a pagdi, giving him a pucca sardarji look. He really looked like the Punjab Da Putra, in letter, spirit, his face, his gait and what not. He sought blessings at the Great Golden Temple.
In Mumbai, he however sports a lover boy image, avoiding pagdi and not behaving like a true sardarji. Sardarjis are true large-hearted people. They are loved whereever they go, any part of the world. Their “sarso ka saag” and “maakhan di roti” are world famous.
Sunny has a nationalistic spirit, he is a true patriot as depicted in movies like Gaddar, Ghayal, Ghatak and so many other. However, some of his fans say he is not a good and sensitive human being. Someone who can let bygones be bygones, show large-heart, and biceps and forearms. He seems to be a small-minded person. This is all because when his mother Hema, who still remains at her age world’s most beautiful female and woman of high character, contested from Mathura in 2014, Sunny did not find time to campaign for her. Similarly, when his sister, Esha Deol, got married he stayed away from her marriage. Which elder brother for no fault of a sister will stay away from her marriage and will not make himself available to bless his sister ? This is baffling, at least in India’s great tradition. This was not expected of a great actor like Sunny Deol. Sunny apparently has not spoken to his mother, Hema, for years. Sunny, many Indians, especially his die-hard fans, feel he should change as he is getting older and no more a young man. He is 62 and his son will soon get married, which means  he will soon become a grandfather.
Now, the ball is in the court of the voters of Guradaspur. Sunny should first campaign for his mother Hema in Mathura and then invite her to campaign for him in Gurdaspur and his sister Esha. Then only some voters and his fans say, they will vote for Sunny. It will make a great sight to see a happy family together. This is what the entire nation wants. The Deols led by the dashing “young man” Dharmendra have always set very high standards in public life.  Nation wants them to act in the same vein, once again. Will  Sunny listen to them ? If Sunny is not listening, BJP, the so-called disciplined party, should make it clear as to why Sunny will not campaign for his mother. The nation wants to know.
Hema herself has applauded Sunny’s decision to contest from Guradaspur. “He has taken a good decision by joining BJP and contesting from Guradaspur,” she said, humility personified.
Also, it should be remembered that there have been few instances of mother and son becoming MPs in India’s parliamentary history. Indira Gandhi and her son Sanjay Gandhi were the first examples, then against Indira Gandhi and Rajiv Gandhi, followed by Rahul Gandhi and Sonia Gandhi. And now will Sunny and Hema, the deadly mother-son combo, become MPs? Over to Guradaspur and Mathura voters.
Congress meanwhile is likely to tear into Sunny’s alleged disrepectful behaviour towards his mother, his not being a good and humane son. If you show no respect to your own mother, how will you respect your voters ?, is the question being raised by Congress rank and file.