Arbaz Khizar Hayat, just 27 year old and known as Pakistan’s Hulk, is a weightlifter who weighs a mind numbing 444 kg. And he is looking for a bride of his size !!!! 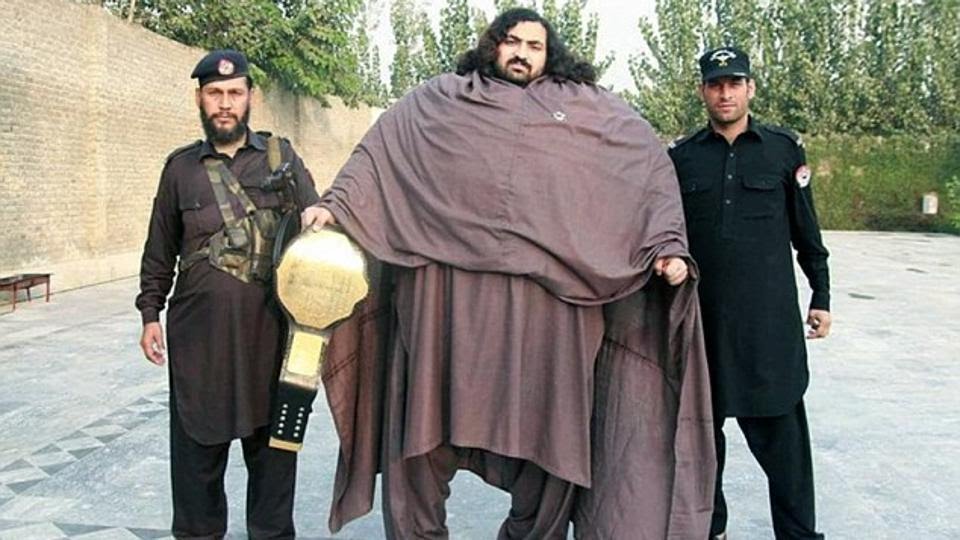 27-year-old Arbaz Khizar Hayat, known as Pakistan’s Hulk, is a weightlifter and he is also known as ‘Khan Baba’ and he weighs 444 kg but this heavy weight has now become a problem for him and he is not getting a bride of his size and he wants his bride to weight at least 100 kg so that their pair looks good.

Arbaz Khizar Hayat hails from Mardan in Pakhtunkhwa district and he says, ‘My father wants me to get married and they want grandchildren for themselves but I have not yet found the right girl for the past seven years I have been searching for my love and during this time I have seen 200-300 girls but they were all of average weight.

The condition of the family of Arbaz is that the bride should be six feet four inches because the height of Arbaz is also six feet and apart from this the girl should also know how to cook good food and the diet of Arbaz is 10 thousand calories and he eats 36 eggs for breakfast every day and he eat four chickens everyday and drinks five litres of milk.

Arbaz first came into the limelight when he pulled a tractor with a rope and his video went viral at that time and he claims that in the year 2012 he has lifted 500 kg in Japan and he also claims that he received the medal from WWE and his name is also recorded in the Guinness Book.