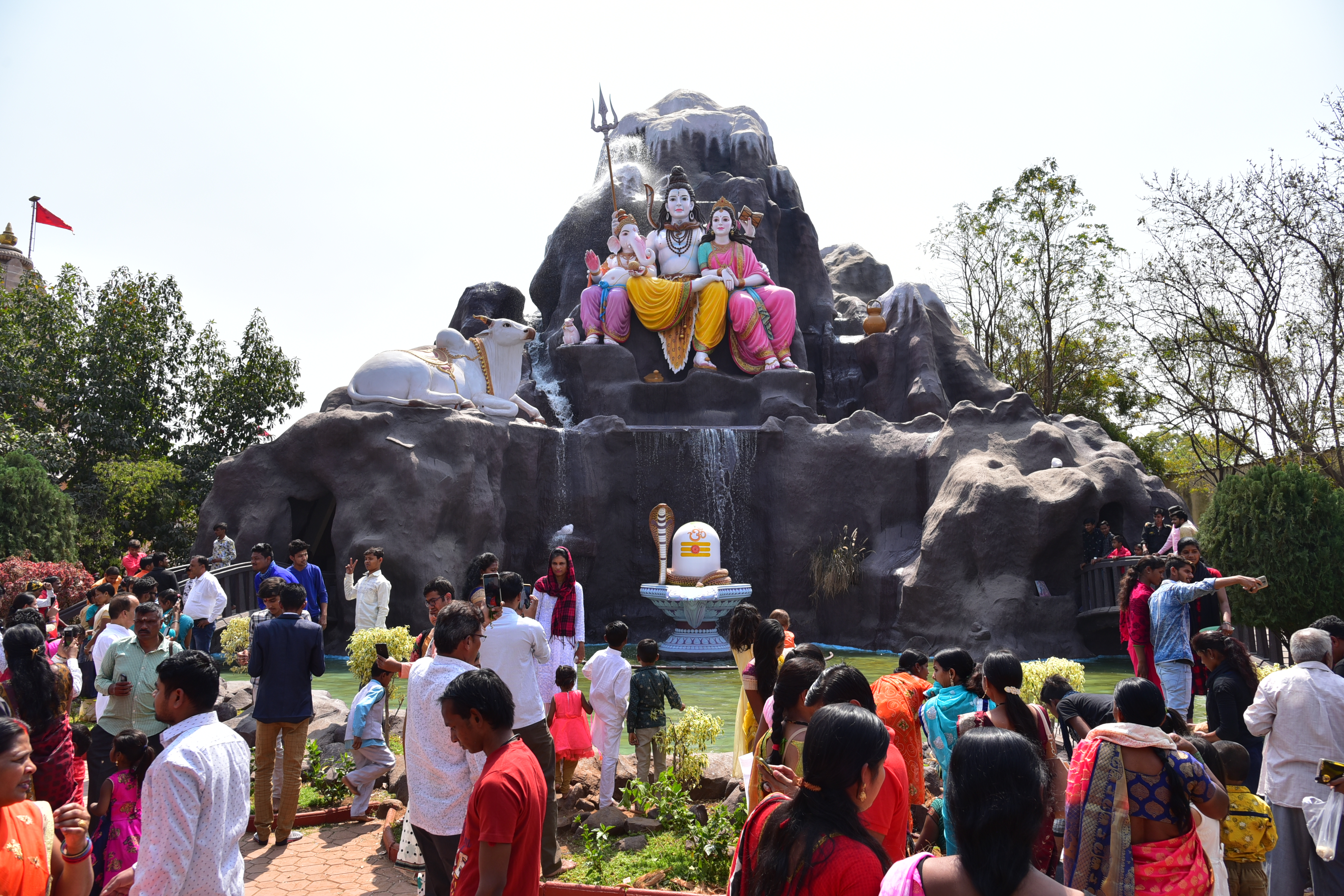 On the auspicious day of ‘Mahashivratri’ – 21st February 2020, more than a lakh and a half devotees from far & near areas of Pune came to Punyadham Ashram. Right from the crack of dawn until midnight, Puja, Abhishek & Maha-Rudrabhishek were performed, with Prasadam being distributed throughout the day. All the Shiv bhakhts waited patiently in serpentine queues with ‘puja thalis’ in hand to seek the blessings of Shree Siddheshwar Mahadev.

Hot crunchy Sabudana wadas, cold refreshing ‘Nimbu Pani’ & cool delicious ‘Thandai’ were enjoyed by one and all. There were also stalls of gift items prepared by our senior citizens and under-privileged women who stitched various types of bed linen,  cloth bags and cushion covers. A blood donation camp was also organized which was a big success.

With ‘Bhajan Sandhya’ in the evening, the Ashram atmosphere was filled with melodious old and new devotional songs performed by Bindu Shah & her Suravali Group, which kept everyone mesmerized. The crowds joined in with clapping and chanting ‘Om Namaha Shivaya’ which reached a crescendo.

The midnight ‘Maha-Rudrabhishek’ was performed by Maa, with the Trustees, Ulhasdada Pawar and Meena & Dhiren Nandu and family, bringing the grand celebrations to a befitting end.