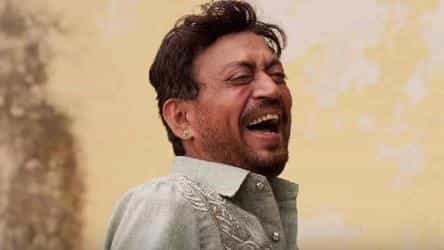 Bollywood actor Irrfan Khan who was admitted to hospital on Tuesday passed away today. He was just 53.

One of the fantastic actors, Irfan was admired immensely by people of all ages and creed.

He had hospitalised after his health deteriorated on Tuesday The actor needed immediate medical attention and was admitted to Kokilaben Dhirubhai Ambani hospital in Mumbai.

His wife Sutapa Sikdar and two sons are with him.

Khan was diagnosed with neuroendocrine tumour some time back, and his health has been fragile since. As a result, he has been under medical supervision.

The actor lost his mother on Saturday but couldn’t travel to Jaipur, where his mother stayed owing to the nationwide lockdown.

The actor was last seen in Angrezi Medium, which hit theatres right before cinema halls were shut down due to the coronavirus pandemic.

Even though the film marked Khan’s return to the Bollywood after the illness, the actor couldn’t attend the film promotions event as he kept ill.