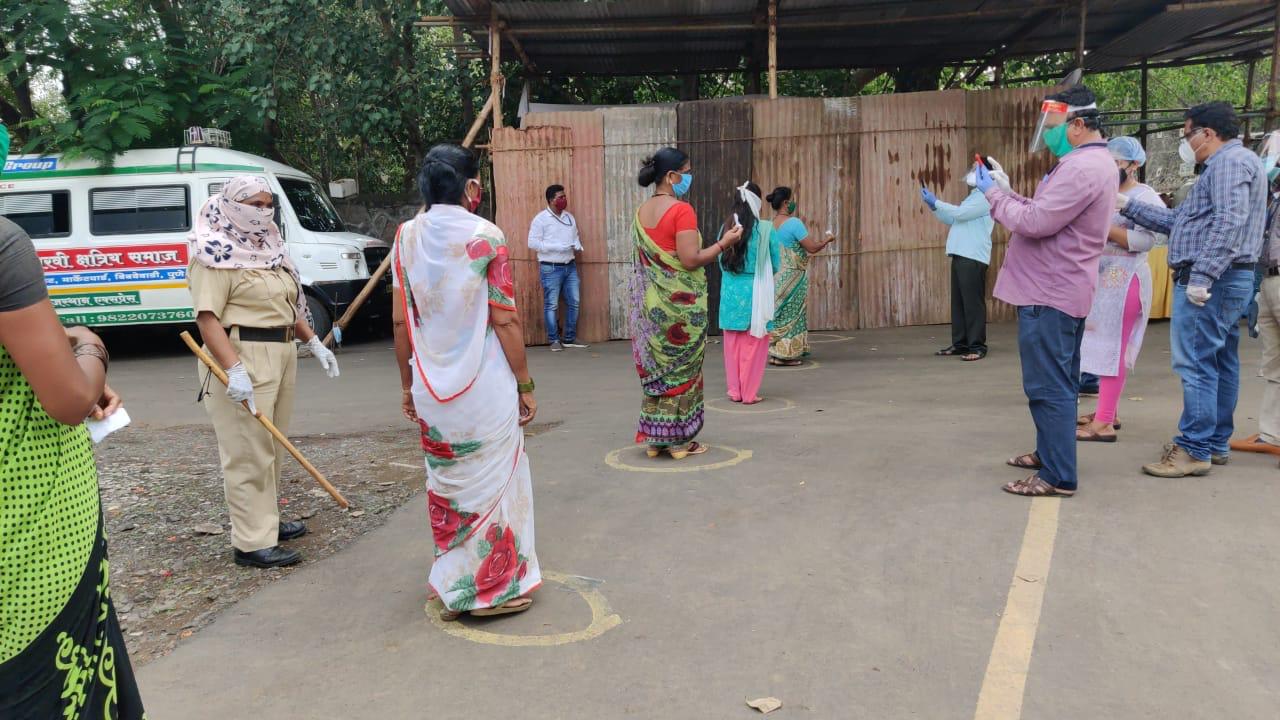 “We heard of the mounting need growing in the Anand Nagar slums, a COVID hotspot where the enforcement of a strict and severe lockdown was adding to the slum-dwellers woes. They couldn’t get to their jobs nor could they procure groceries for themselves. The moment we came to know that the dwellers were running out of food essentials, we got in touch with the authorities,” said an official of the Mission.

“We were then put in touch with the Additional Municipal Commissioner PCMC Ajit Pawar and he joined in the survey, and planning efforts. A detailed list of persons in every household was collected, the number of houses counted and a list prepared. Once we received the list that stated 2100 households, we began with the procurement and packaging,” he added.

Before beginning the distribution, every household was provided with a coupon that they were required to present at the time of collection. Real-time software was also set up by the commissioner where the identity of every recipient was confirmed against the coupon provided. The slums have been divided into three zones where the distribution was carried out.

A medical team was also set up to monitor anyone who showed symptoms to avoid contact and make sure all protocols are followed. We received all support from the Police Department and Local Corporation to ensure smooth distribution.

50 volunteers have been engaged in the massive effort to meet the needs of 2,100 households. The Mission is now continuing to reach out to micro-contained areas in PCMC in coordination with the authorities.