#KerelaPlaneCrash: 17 dead , including the pilot and co-pilot after plane splits into two while landing… 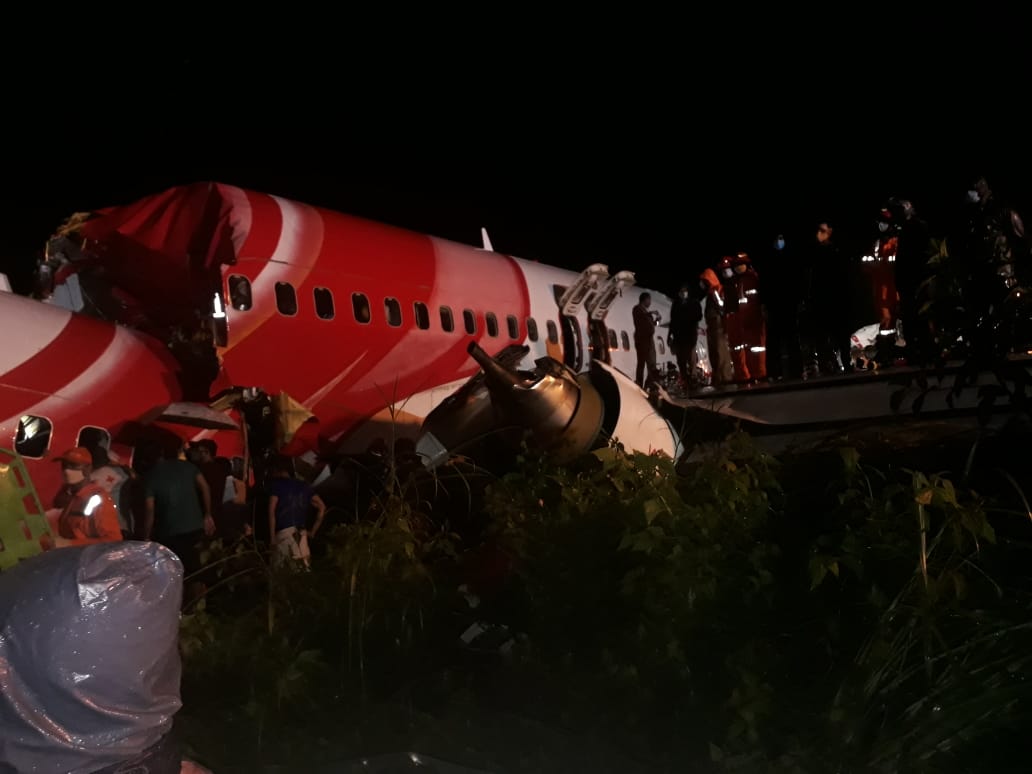 Kozhikode: Air India Express flight IX 1344 operated by B737 aircraft from Dubai to Calicut overshot runway at Kozhikode International Airport on Friday evening. There were 174 passengers, 10 Infants , 2 Pilots and 5 cabin Crew on board the aircraft.

The Prime Minister Shri Narendra Modi expressed grief over loss of lives due to the plane accident in Kozhikode.

In a tweet, the Prime Minister said, “Pained by the plane accident in Kozhikode. My thoughts are with those who lost their loved ones. May the injured recover at the earliest. Spoke to Kerala CM @vijayanpinarayi Ji regarding the situation. Authorities are at the spot, providing all assistance to the affected.”

Aviation Minister Hardeep Singh Puri said , “Two investigation teams of professionals from Air India and Airports Authority of India & AAIB will leave for Kozhikode at 02.00 hrs & 05.00 hrs. Everyone has now been rescued from the aircraft. Rescue operations are now complete.Injured being treated at various city hospitals.”