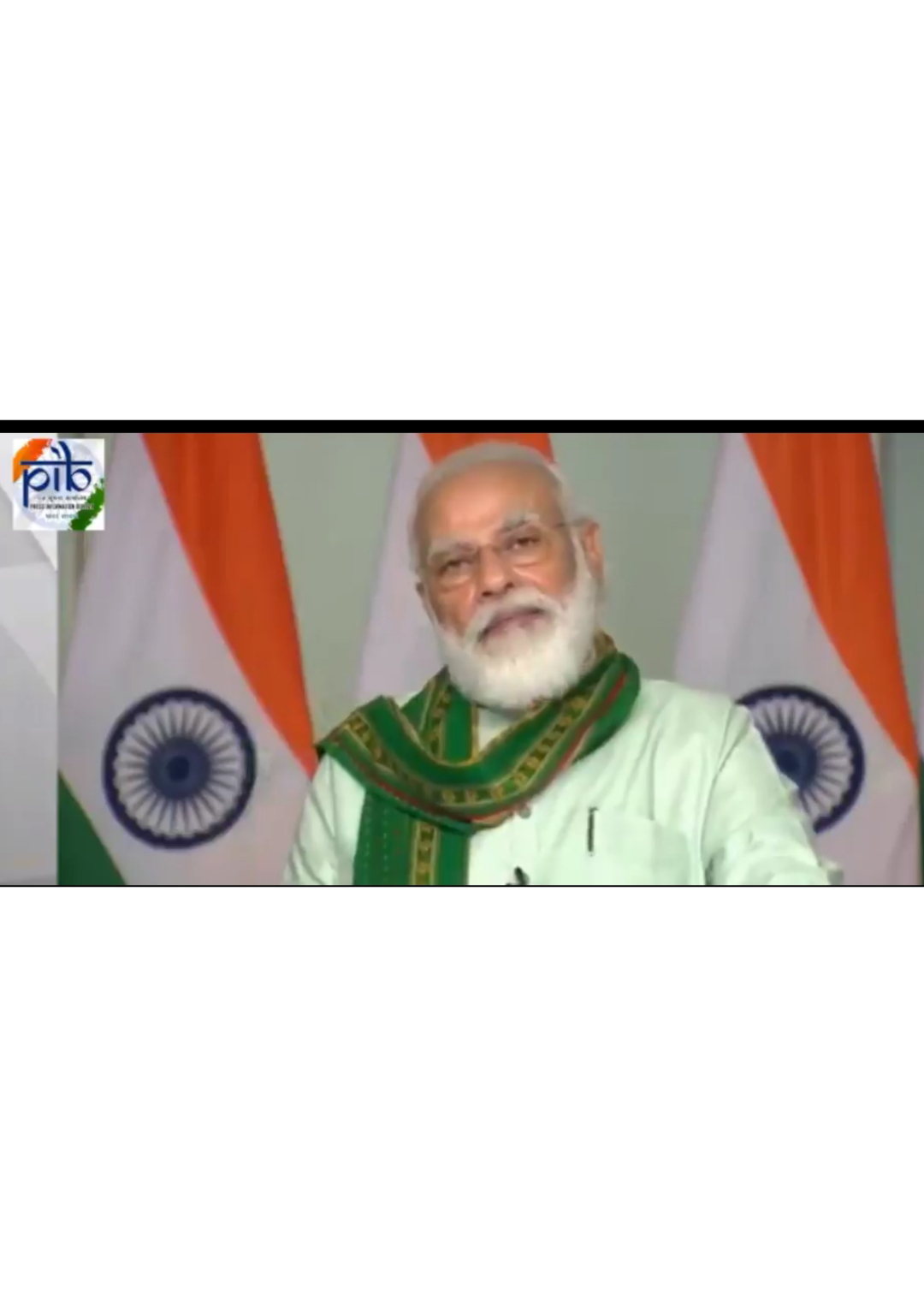 Rs. 1000 Crore sanctioned to over 2280 farmer societies under Agriculture Infrastructure Fund within 30 days of receiving Cabinet approval for the Central Sector Scheme

Farmers are now ready to be entrepreneurs, in line with the vision of doubling farmers’ income: PM

New Delhi, 09 AUG 2020: Prime Minister Shri Narendra Modi today launched a new Central Sector Scheme of financing facility under the Agriculture Infrastructure Fund of Rs. 1 Lakh Crore. The scheme will support farmers, PACS, FPOs, Agri-entrepreneurs, etc. in building community farming assets and post-harvest agriculture infrastructure. These assets will enable farmers to get greater value for their produce as they will be able to store and sell at higher prices, reduce wastage, and increase processing and value addition.

Today, only 30 days after Cabinet formally approved the scheme, the first sanction of over Rs. 1000 Crore was made to over 2,280 farmer societies. The event was conducted through video conference and was attended by lakhs of farmers, FPOs, cooperatives, PACS, and citizens joining from across the country.

At the same event, the Prime Minister also released the 6th installment under the PM-KISAN scheme of Rs. 17,000 Crore to nearly 8.5 Crore farmers. The cash benefit was transferred directly to their Aadhaar verified bank accounts with the press of a button. With this transfer, the scheme has provided over 90,000 Crore in the hands of more than 10 Crore farmers since its launch on 01 December 2018.

Prime Minister interacted virtually with 3 Primary Agriculture Credit Societies from Karnataka, Gujarat, and Madhya Pradesh who are among the initial beneficiaries of the scheme. Prime Minister had an engaging discussion with the representatives of these societies to understand their current operations and how they plan to utilise the loan. The societies informed the  Prime Minister about their plans to build godowns, setup grading and sorting units which will help member farmers secure a higher price for their produce.

Address to the nation

Prime Minister reiterated that India has a huge opportunity to invest in post-harvest management solutions like warehousing, cold chain, and food processing, and build a global presence in areas such as organic and fortified foods. He also mentioned that this scheme provides a good opportunity for start-ups in agriculture to avail the benefits and scale their operations, thereby creating an ecosystem that reaches farmers in every corner of the country.

Prime Minister expressed his satisfaction with the pace of implementation of the PM-KISAN scheme. He also noted that the scale of the program is so large that the funds released today have reached more people than the entire population of several countries taken together. He also congratulated states for playing an important role in the implementation and assisting farmers through the entire process from registration all the way to disbursals.

The Agriculture Infrastructure Fund is a medium – long term debt financing facility for investment in viable projects for post-harvest management infrastructure and community farming assets through interest subvention and credit guarantee. The duration of the scheme shall be from FY2020 to FY2029 (10 years). Under the scheme, Rs. 1 Lakh Crore will be provided by banks and financial institutions as loans with interest subvention of 3% per annum and credit guarantee coverage under CGTMSE scheme for loans up to Rs. 2 Crore. The beneficiaries will include farmers, PACS, Marketing Cooperative Societies, FPOs, SHGs, Joint Liability Groups (JLG), Multipurpose Cooperative Societies, Agri-entrepreneurs, Startups, and Central/State agency or Local Body sponsored Public-Private Partnership Projects.

The PM-KISAN scheme was launched in December 2018 to provide income support by way of a cash benefit to all landholding farmers (subject to certain exclusion criteria) to enable them to fulfill their agricultural requirements and support their families. Under the scheme, the financial benefit of Rs.6000/- per year is provided to eligible beneficiary farmers in three equal installments.

A new dawn for the agriculture sector

These steps are the latest in a series of reforms taken by the Government of India under the guidance of the Prime Minister. These measures will collectively herald a new dawn for the agriculture sector in India and shows the government’s commitment to championing the cause of ensuring the welfare and sustainability of livelihoods for the farmers of India.