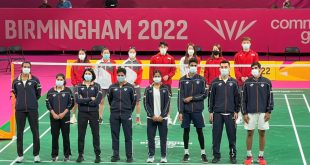 The world has a population of 500 crore. But none in past six months of the current pandemic must have heard that a citizen wants a COVID-19 positive status for himself. But it has happened as this journalist has dared to be different.

Mr Manoj More, a senior editor with The Indian Express, a national newspaper of high reputation, has put out an unusual Facebook which has become the talking point in whole of historic Pune city of Maharashtra (India). Mr More is a resident of industrial city of Pimpri-Chinchwad and a journalist with The Indian Express for over two decades.

Mr More in his Facebook says he has undergone a COVID-19 and deeply desires himself to be tested positive. This kind of a demand is unheard of in the whole world at a time when people are frightened to the bone the moment they get to know that they are COVID-19. Hundreds of people have died the minutes after they received their COVID-19 positive report. But this jour

Mr More reasons that his 78-year-old mother has tested positive and has been admitted to Lokmanya Hospital in Chinchwad. “My mother is extremely ill and hospitalised….She can’t get up from her bed. I want to serve her to the best of my abilities,” Manoj More said, as reported by Punekar News.

The Express journalist in his Facebook post has claimed that he is probably the only one in 500 crore people of the world too make such a demand. “I don’t think anywhere in the world anyone has made such a demand. When I was undergoing the test on Sunday, I told the medical staff to please give me good news that I am positive….The medical staff said please don’t say that…I told them that I want to take care of my other who is very old and ailing,” he told the doctors at YCM hospital.

His mother has tested positive. “Four days back, she collapsed and was on the floor for two hours. I and my sister lifted her and took her to at least three hospitals before admittng at Lokmany hospital,” he said.

The journalist said he has made such a demand to spite at people who run away from their near and dear ones who have tested positive. “Relatives run away from the bodies of COVID patients. They don’t given them dignified funerals. They don’t visit hospitals to inquire about their health. Everyone wants to remain a km away from COVID patients who are sort of humilated, boycotted and shamed. I want to remove the fear from the minds of the people and motivate them to care for COVID-19 patients by maintaining social distancing, washing hands and using masks,” he says. A novel thought from this outstanding journalist Mr Manoj More in a world dominated by narrow-minded and self-obessed people…”

Mr Manoj More says he works for The Indian Express which is known for fearless and courageous journalism. “I am living up to my paper’s unique reputation of journalism of courage…,” says Mr Manoj More.