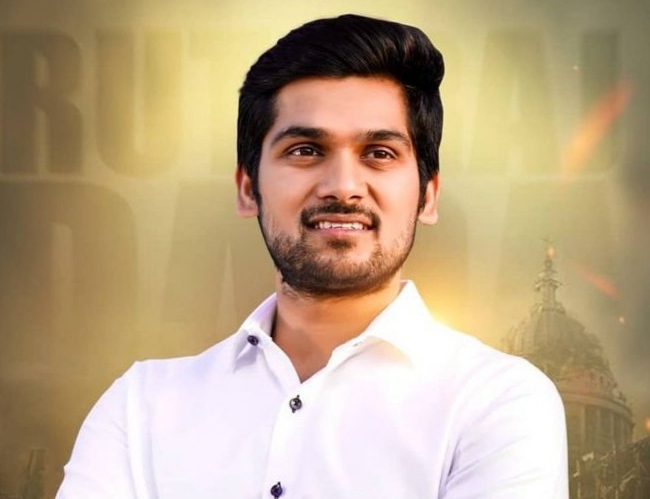 Pune / Kolhapur : In response to the continuous efforts by Congress MLA RuturajPatil, the Central Government has announced to hold the JEE (Main) exams again for the students who are not been able to appear for exams due to the floods in Kolhapur, Sangli, Satara and other districts from Maharashtra. Union HRD minister has announced the postponement in response to the follow up by Patil. The exams were scheduled to take place on July 25 and 27.

“The students who are not able to reach to the centre for Session 3 of JEE (Main)- 2021 due to the heavy rainfall and flooding in affected areas of Kolhapur, Sangli, Satara, Ratangiri, Sindhudurg and other districts need not worry now. They will get another opportunity at an appropriate time. The National Testing Agency (NTA) will take a call on the date very soon. The decision has come after I followed it up with the State and Central government on the concerns of the students for the last few days,” said Ruturaj Patil, Congress MLA from Kolhapur South.

The third session of the JEE (Main)-2022 was scheduled to be held on July 25 and 27. The students are expected to attend the online exam at their respective centers. Students and their parents from Kolhapur, Sangli, Satara, Ratanagiri, Sindhudurg, Palghar, Raigad were under tremendous tension as it was not possible for them to reach the centres because of the heavy rainfall over the last few days.

“Many students and parents contacted me with the request to find way out from the difficulty. I requested Dharmendra Pradhan, Union Minister of Education and Skill Development; Uday Samant, Higher and Technical Education Minister of Maharashtra and officers from the NTA. Shri Dharmendra Pradhanji has tweeted on Saturday evening about the decision of giving an opportunity to the students in distress. I am thankful to them for the decision which has given a respite to the students,” Ruturaj Patil said.

In his tweet, Pradhan has said, “In light of the heavy rains and landslides in Maharashtra, to assist the Maharashtra student community, I have advised the National Testing Agency to grant another opportunity to all candidates who may not be able to reach the test centre for JEE (Main)-2021 Session 3. Students from Kolhapur, Palghar, Ratnagiri, Raigad, Sindhudurg, Sangli, & Satara, who are unable to reach their test centres on 25 & 27 July 2021 for JEE (Main)-2021 Session 3 need not panic. They will be given another opportunity,and the dates will be announced soon by the NTA.”
[7/25, 4:15 PM] Mumbaivaibhavpatil: Press Release

So far Over 75,000 people shifted to safer places
in Kolhapur -Satej Patil

Pune /Kolhapur : Based on the GSM technology, the Public Address System implemented in parts of Kolhapur district has benefited 3.5 lakh people to shift themselves and take precautions during the flooding over last few days.

Brainchild of Kolhapur’s Guardian Minister Satej Patil, the citizens of the district have expressed satisfaction over the foresight shown by the minister. Keeping the experience of the 2019 flooding in the district, the administration had recently installed the GSM based Public Address System in 57 places in Shirol and Karvir tehsils. The system has been funded from the annual plan of the District Planning Committee headed by Patil. The system was activated during the flooding and heavy rainfall to address people and direct them to take the precautions such of not venturing out of their homes, shifting to safer places if required.

“The system has benefited 3.5lakh as they received timely intimation about the potential risk of the flood. The villagers were informed about their shifting to safer places in the advance and if helped the administration in smooth transition of the villagers. Similarly, they were also informed about the precautions they require to take during heavy rainfall and waterlogging. The system is operated from District Disaster Management Control Room or other offices of the district collectorates. Besides the low cost of its operation, the system runs on solar power and does not require electricity. It is an added advantage of the system as the power outage during the natural disasters is common phenomenon,” said Patil, who is also minister of state for home and information technology.

Meanwhile, Patil, who has been continuously monitoring flood situation in Kolhapur over last few days, informed that seven people have died in rain-related incidents in Western Maharashtra’s Kolhapur district so far while more than 75,000 people have been shifted to safer places. As many as six teams of the NDRF and a column of the Army carried out rescue operations in the flood-hit areas, said Patil.

As the intensity of rains has reduced, the water level of the Panchganga river at the Rajaram weir near Kolhapur city further dipped to 53.10 feet at 9 pm on Saturday. The vehicular traffic on the Mumbai-Bengaluru highway, however, remained closed as a stretch near Shiroli village in the district was under water. Talking about the evacuation, Patil told reporters that 67,111 people from flood-affected areas chose to go to their relatives’ places, while over 8,000 were shifted to government shelters.