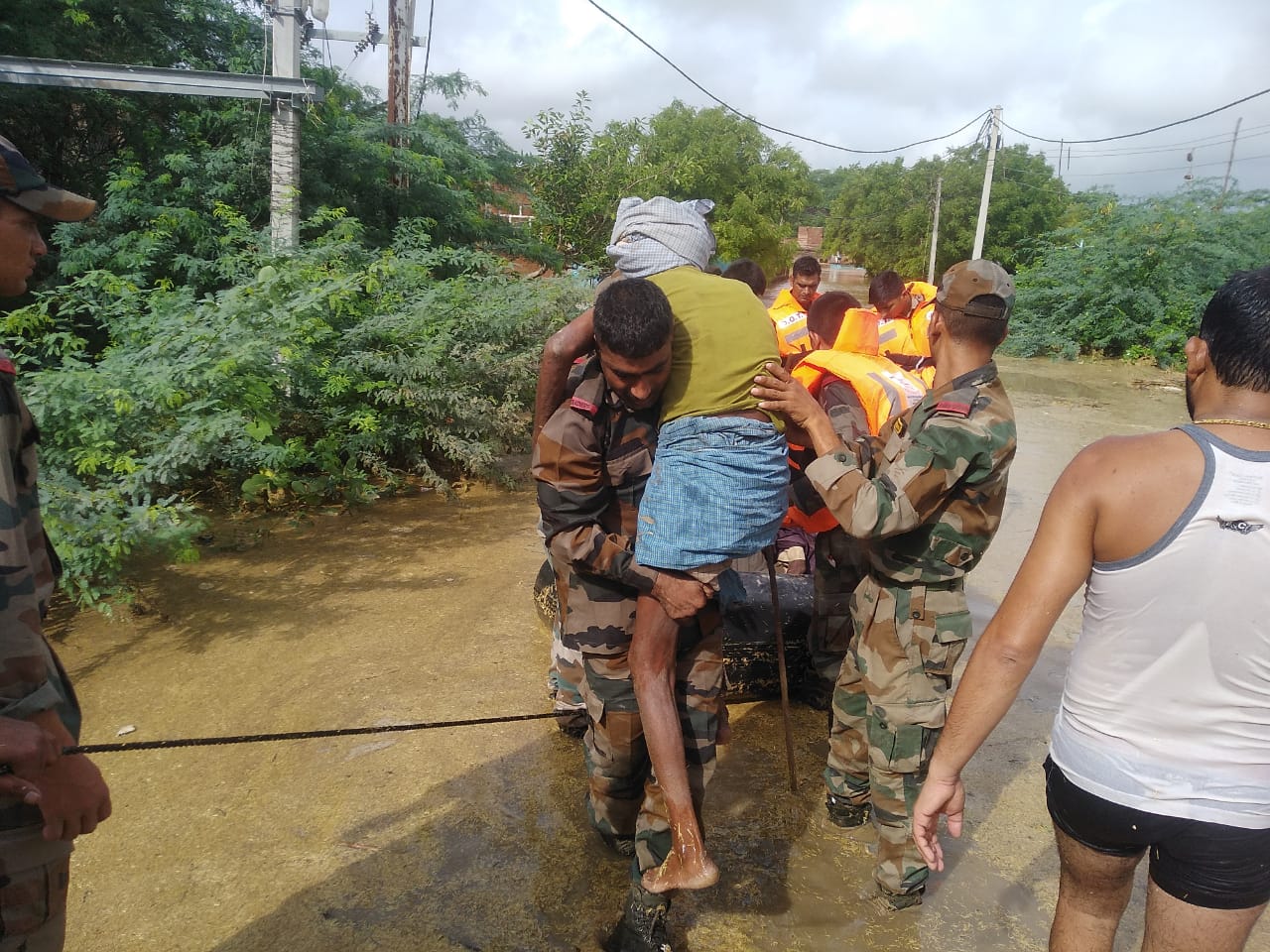 Recent spell of heavy rain in Madhya Pradesh has flooded Gwalior – Chambal region affecting many villages in Gwalior, Sheopur, Shivpuri, Datia and Bhind districts. The flooding in many prominent rivers in the area submerged swathes of area and washed away critical road links and bridges connecting these areas. The local administration requested for local Army Formations to undertake coordinated flood relief and rescue operations to save precious lives and livestock.

On receipt of the requisition from civil administration, Army swiftly launched Operation Varsha 21. Four Army columns consisting of about 80 personnel and specialized equipment for flood relief operations were mobilized on 03 Aug 2021 from Army Formations of Sudarshan Chakra Corps stationed at Gwalior, Jhansi and Saugor and reached the affected areas of Sheopur, Shivpuri, Datia and Bhitarwar in Gwalior within two hours. The flood relief columns after carrying out initial assessment of the situation at the affected areas, launched operations during the night and were successful in reaching upto the last village. The efforts resulted in saving 150 personnel by morning of 04 Aug 2021 and another 250 persons as also livestock of the poor farmers.The rise in water levels in Sindh river in Bhind district inundated new areas on 04 & 05 Aug, wherein, additional Army columns were mobilized. Presently, nine columns including Engineer Task Force are deployed in the region.  More than 700 persons have been evacuated to safer places. In addition, Doctors and Para Medic Staff from Army Medical Corps are also providing medical aid to the sick and injured. The relief operations are ongoing in conjunction with civil administration.