Why Ajinkya Rahane should be shown the door? 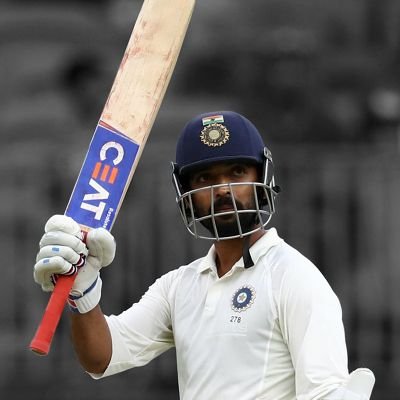 Ajinkya Rahane is a lucky cricketer like most Mumbai cricketers are. That probably explains why he still remains in the Indian team despite a string of failures. Had Ajinkya being from South or North, his cricket career would have folded up long back. But it is not so if you happen to be a Mumbai cricketer and if a Mumbai man is at the helm as the coach. And a Mumbai man is dishing his pearls of wisdom as a commentator.

So down has been Rahane that when India won the Oval test, no one spotted Rahane’s face on the TV screen. Obviously, the cameras don’t want to show his embarrassed faced to the world.

In June 1983, Indian won the World Cup and Mohinder Amarnath emerged as the man of the series. Subsequently, India hosted the West Indies for a five test series. Amarnath failed to cross the double digit mark in the first two tests and was dropped for the third and subsequent Tests. Before the World Cup, India played in Pakistan and West Indies. In both the countries, Amarnath had emerged as the highest run getter of the Test series. Imagine, the likes of Imran Khan and Sarfraz Nawaz at their swinging best. Imran was at the peak of his career then. And in West Indies, Amarnath despite getting a bloody face defied the West Indian battery of fast bowlers like Marshal, Holding, Roberts, Garner….Yet, when he failed in two tests, he was dropped. Why ? Because he was from North and had no one to back him.

Therefore, Ajinkya Rahane, the Mumbai man, you are very lucky.

Rahane should be rested for the final Test. Even if he is included and scores runs, it would mean nothing. It will help him get a few more tests. But the humilation that will be heaped on the likes of Hanuma Vihari and Ashwin will be more severe. Were they taken to England only for accompanying the drinks trolley ? If other players have been kicked out after a single failure, why is Team India giving a such a long handle to Rahane ?. Is it because he is a Mumbai cricketer ? This outrageous partiality hould end. Give Rahane some rest, let him come back fighting, he has in him to do so.

Tags: Why Ajinkya Rahane should be shown the door ?