BENGALURU / March 5: In a boon to patients of Parkinson’s Disease, advanced third-generation D-mine apomorphine pumps and pens (injections) manufactured by German pharma major Ever Pharma have been launched in Bengaluru by Celera Neuro Sciences. The state-of-the-art apomorphine-delivery devices, widely used in Europe, were unveiled by Dr. K Sudhakar, Hon’ble Minister of Medical Education & Health, Govt. of Karnataka, at the ongoing symposium on Parkinson’s Disease in Bengaluru, organized by King’s College London (KCL) and Parkinson’s Research Alliance of India (PRAI). 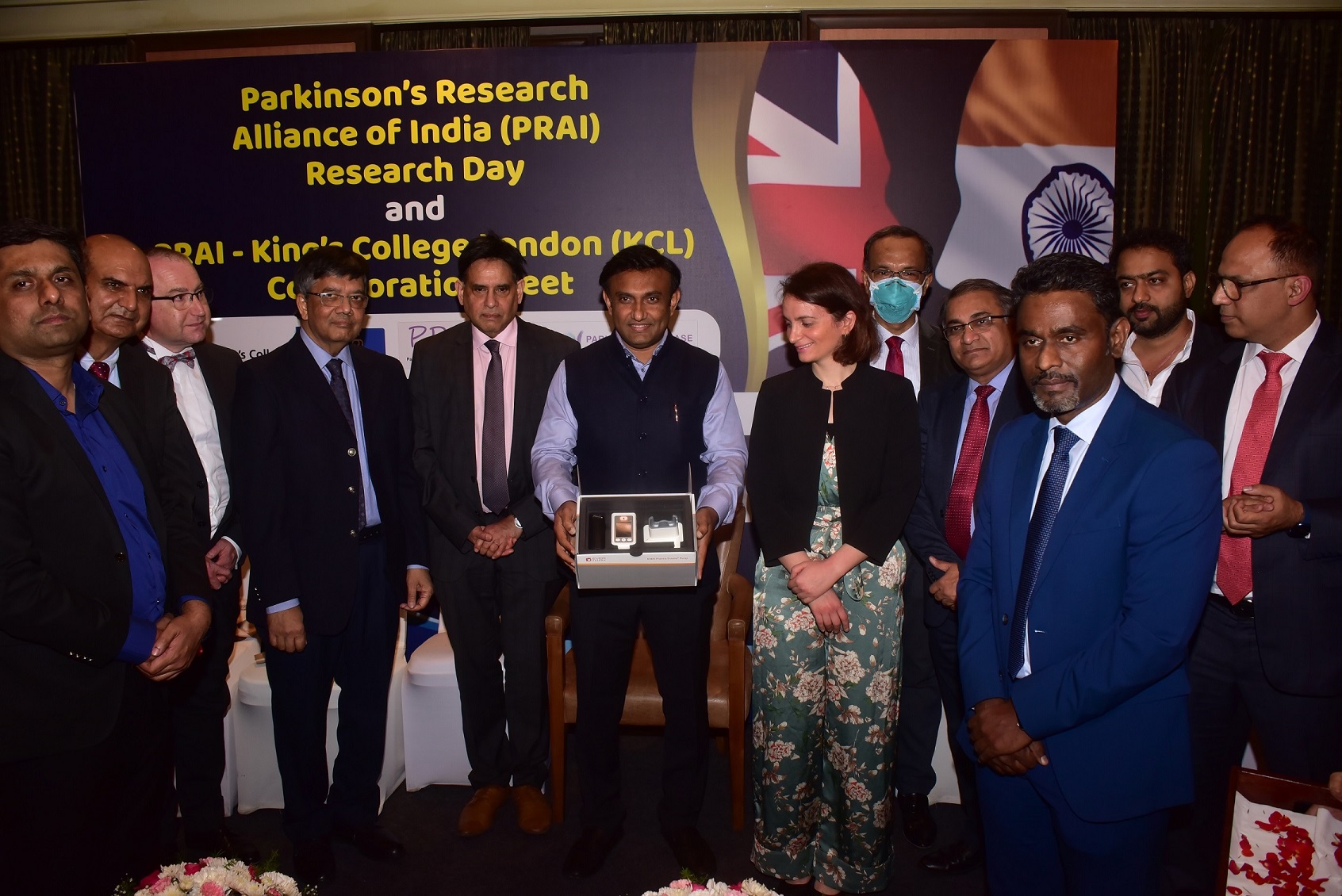 Said Dr. Babu Narayanan, Medical Director, Celera Neuro Sciences which has brought the products to India after getting DCGI approval: “Parkinson’s patients in India till now had only two options: oral pills for early stages of the disease, or Deep Brain Stimulation (DBS) surgery for advanced stages. There was no other treatment available. These latest-generation European apomorphine-delivery devices fill this gap and offer an important medical option in the management of Parkinson’s Disease and improving quality of life. They ensure much better outcomes for patients who haven’t achieved optimum benefits with available drugs or are suffering from side-effects of oral medications.”

Said Bengaluru’s renowned Parkinson’s Disease specialist Dr. Prashanth LK: “India is emerging as a hot spot for Parkinson’s disease. Unlike most ageing-related disorders, Parkinson’s has many effective treatment options available. Apomorphine infusion therapies and rescue injections (pens) are the current state-of-the-art therapies for people with moderately advanced Parkinson’s disease. The PRAI-KCL collaboration has helped bring these advanced German devices to India for apomorphine therapy. These can be used as rescue therapies in people having unpredictable responses to oral medications, or as an infusion therapy for those requiring steady phase medication responses.”

Added Dr. Babu Narayanan: “Most patients in India cannot afford DBS. This procedure is also not a choice for all ages or stages of Parkinson’s Disease. Apomorphine is recommended for patients who have started to have motor fluctuations, which means the effect of oral medications is not lasting long enough. It is also an effective alternative for patients who are not the right candidates for DBS, or those who want to avoid surgery. In fact, international guidelines now recommend use of apomorphine therapy before considering DBS for patients. We are now in the process of opening clinics in hospitals all over India in collaboration with prominent neurologists who will administer apomorphine therapy to patients with these latest-generation Western pumps and pens.”

The current apomorphine pumps available in India are not patient-friendly and lack reliability. For example, patients need to refill them after breaking up to 20 ampules of apomorphine, which is difficult to do with trembling hands. In contrast, the third-generation D-mine apomorphine pumps, widely used in Europe, can be self-handled by patients in five easy steps, with much less patient training needed. The pump-filling process is controlled electronically, with much higher safety and convenience, compared to pumps which are operated manually, with cumbersome procedures. D-mine pumps are pre-filled and offer continuous infusion of apomorphine, leading to absorption within five minutes. The oral pill burden of patients also comes down substantially.

Parkinson’s patients need to take medications at timely intervals, which often leads to fluctuating levels of medication in their bodies and irregular benefits. Continuous Dopaminergic Therapy is a method by which the body receives dopamine on a continuous basis, because of which fluctuations associated with medications are negated significantly. With the launch of D-mine apomorphine continuous-infusion pumps and injection pens, Indian patients can now benefit from Continuous Dopaminergic Therapy, which till now was available only in Western countries.

The current prevalence of Parkinson’s Disease in India is around 300-400 out of 100,000, which is expected to double by 2030. It will be a major non-communicable degenerative disorder along with dementia to burden the healthcare system of India. Though majority of the patients are above 50 years of age, its incidence in younger population is also on the rise.

The Agni P Missile has been successfully tested off the coast of Odisha. The flight test has proven the reliable performance of all the advanced technologies integrated into the system. Congratulations to Team @DRDO_India. The nation is proud of their achievements: Raksha Mantri.