Wakefit.co announces the launch of 10 offline retail stores across India… 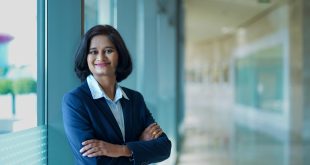 Bengaluru: Wakefit.co, one of India’s largest D2C home and sleep solutions companies, announced its aggressive, offline retail expansion plans across the country. The D2C brand recently launched its first three stores across Bengaluru, New Delhi, and Lucknow. Wakefit.co aims to also open a few more stores across key markets such as Pune, Chennai, and Hyderabad.  The stores are planned as mega retail stores with an average size of 3000 Sq.ft and will be strategically located in areas with a high density of furniture retailers to drive organic footfalls.

The expansion comes at a time when Wakefit.co has completed 6 years in the industry while having recorded a revenue of INR 416cr in FY21. The newly launched retail stores will operate in an omnichannel model where customers can purchase from the stores while also having the option to place online orders at the store. Designed in a lived-in concept with a minimalist and chic design, the offline stores will display an overall of 500 SKUs from Wakefit.co’s wide furniture and home solutions range that are part of the company’s product portfolio.