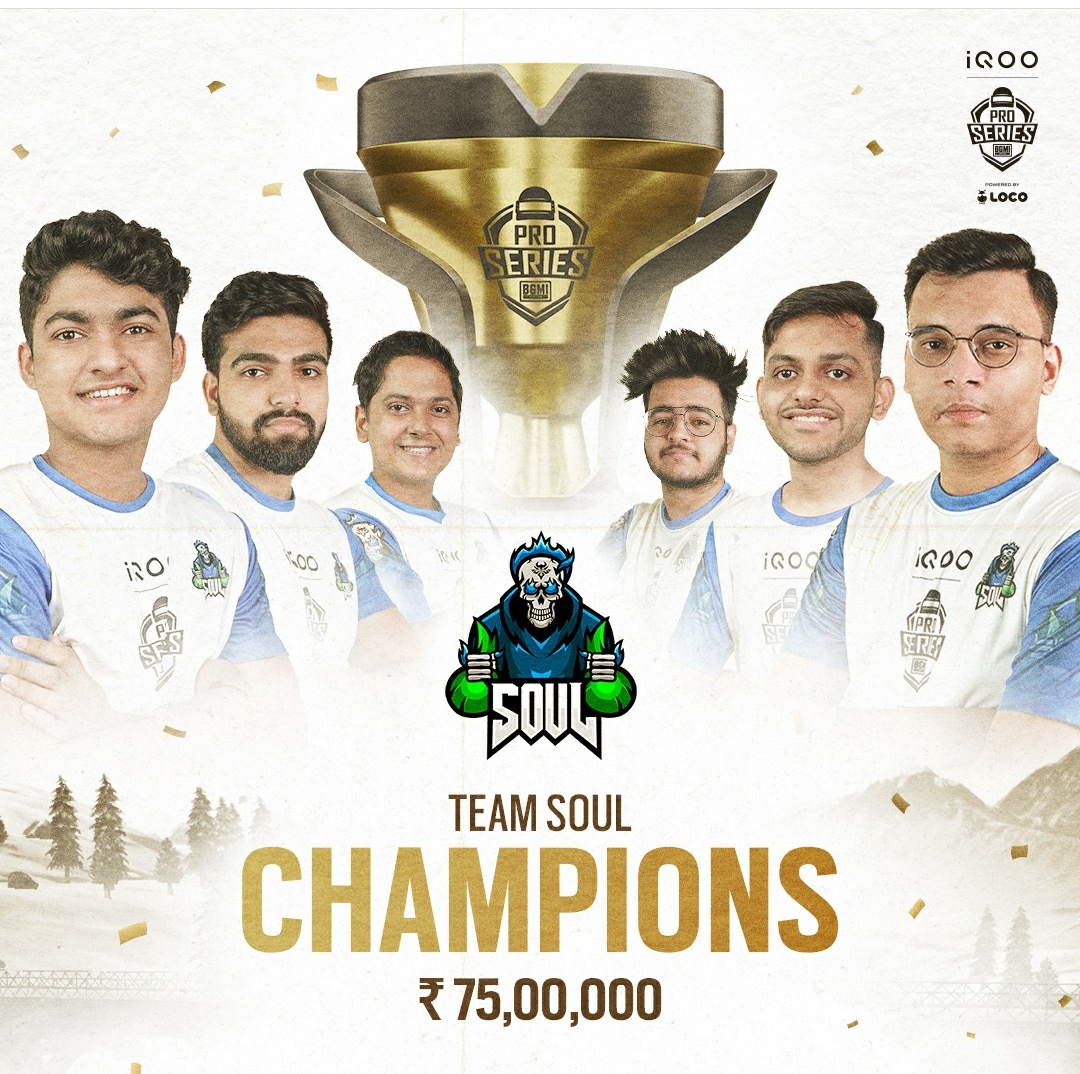 Pune: iQOO BATTLEGROUNDS MOBILE INDIA Pro Series Powered by Loco (BMPS), came to a power-packed end on 12th June with Team Soul winning the championship and taking home a grand prize of INR 75 lakhs. Team Soul dominated the tournament and became the first ever team to win all individual as well as team awards. Team Soul topped the leaderboard with 335 total points and 166 finishes. OR Esports stood second and won a cash reward of INR 35 lakhs followed by Enigma Gaming winning INR 20 lakhs at the third place.

BMPS kicked off on 19th May where 24 teams battled it out over 3 weeks to qualify for the finals. The tournament witnessed a display of unmatched temperament, strategy, and techniques wherein each of the 16 teams that qualified put forth a remarkable feat of excellence while going head-to-head in the finale.