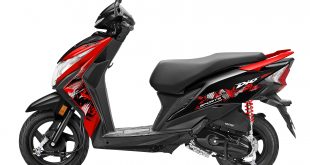 In the keynote address, Mr. Abhishek Agarwal, Senior Specialist Director – NITI Aayog Policy & Infrastructure Development emphasized “the acute need for adopting Digitalization in the Infrastructure Sector. While the government has already adopted BIM on several large projects including Roads, Railways, Metros, and Airports, it is yet to pick up on most mid-size and smaller projects. NITI is considering and evaluating strategies to provide a platform like Gatishakti or equivalent CDE platforms.”

Mr. Agarwal further added that the “Government is already monitoring all projects of about 150 Crores through an integrated dashboard system and is further working to include more projects into it. BIM & Digitalization can enhance project efficiency by almost 20%. India will collaborate with UK and other countries to exchange learnings & opportunities in BIM-related initiatives. From a Nationwide adoption perspective, India has been a major contributor (almost to a tune of 30%) toward supporting Global BIM & Digitalization related IT & ITES needs. We would like to encourage CDCPIndia to further expand the activities and continue the efforts in this direction. NITI Aayog will continue to endorse their initiatives.”

According to CDCPIndia, “By 2030, India is positioned to be the 3rd largest economy and hit the $5T mark. Capital Delivery & Asset Maintenance across sectors shall contribute to more than 20% of our overall economy. Complex infrastructure and massive scaling-up demands with limited resources will push us to deliver more with less. Effective Digitalization of the Infrastructure Delivery & Maintenance Processes will be one of the key success factors in achieving India’s Infrastructure Goals. Digitalization will not only help improve our efficiency and it will be a great contributor to achieving India’s net-zero goals. India’s Digitalization Story will paint a new canvas, it will have its own unique advantages and its own unique challenges.”

The purpose of setting up CDCPIndia is to Inspire and collaborate to advance Digital processes & Technologies in the Indian infrastructure and construction sector. This forum has been created in the national interest to provide strategic contributions to help India advance in adopting Digital processes along with Digital Technologies in the Construction and Infrastructure sector. The philosophy works on the principles of collaborating with several existing Associations/Confederations and providing them with the required intellectual bandwidth to evolve a policy-level framework that will help them and their members in the Infrastructural/AECO sector in adopting Digitalization. The Vision of the Society is to “Inspire and Collaborate to advance Digitally enabled Processes and Technologies in India”

Mr. Jugal Makwana from Building Smart applauded the program and elaborated on the vision of Building Smart International to promote a community-driven open & vendor-neutral BIM. Building Smart doesn’t yet have a chapter in India and with so much potential it should happen sooner than later. Mr. Malcolm Taylor from Crossrail International, UK suggested the need of building up a standard for assuring consistent digital outcomes across sectors and projects. The lack of such standards will only create vendor-driven information and product specifications that may keep varying from project to project. Mr. VTCS Rao from L&T IPM explained from an India perspective key factor that can accelerate the Digitalization Processes, especially in the project management part where is a clear lacking due to which there is time and cost overruns. He emphasized the Digital Asset Creation Approach in terms of capacity, data, flow, and orientation of assets.

The “INDIA” Strategy evolved by CDCPIndia provides a refreshing approach for Infrastructure Digitalization which will be unique, innovative & inclusive. President of CDCPIndia Mr. Swaraj Datta Gupta unveiled the INDIA Strategy, which means I (Inspiring Community), N (National Mandate), D (Democratization of Data), I (Incentivized Implementation), and A (Aid – Facilitation and Support). These 5 Pillars of the INDIA strategy will be key drivers governing the success of our Digitalization Initiatives. CDCPIndia will continue to engage public sector and policy think tanks to build the country-level governance and mandates recommendation.