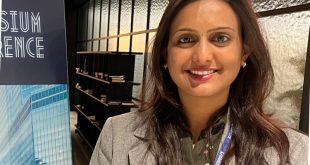 Bangalore: In a mountain of despair, this story is a beacon of hope. Hailing from Gulbarga, 16-year Ganesh (name changed) was given up as blind and was provided blind certificate. He had been complaining of gradually progressive worsening of vision in both eyes since 3 years of age. However, owing to financial constraints, his family could not get him timely treatment.

He came to Sankara Eye Hospital Bangalore, through the hospitals’ Gift of Vision initiative. On examination, Ganesh was diagnosed with severe retinal detachment complicated with numerous retinal angiomas and associated scarring, specific for a condition known as Von-Hippel Lindau disease(VHL).

VHL is a hereditary condition associated with tumors arising in multiple organs mainly in brain, spinal cord and retina. This genetic disorder has the high risk of getting transmitted to the children. On inquiring about the family members, it came to light that the grandmother was the only surviving member of the family. The boy’s parents and the two siblings had succumbed to the disease few years back. VHL as a disease can be catastrophic not only to the patient but also to the entire family.

After having made the diagnosis, the doctors, under the supervision of Dr. Mahesh Shanmugam at Sankara Eye Hospital successfully performed the surgery free of cost. Through the surgery, the doctors fixed the complicated retinal detachment and also treated the multiple tumors with laser therapy to prevent them from causing any further damage to the eye. The boy was able to see within two weeks after the surgery and now leads a near normal life.

Speaking about the successful treatment, Dr. Mahesh Shanmugam, Head – Ocular Oncology and Vitreoretinal diseases, Sankara Eye Hospital, said, “With VHL identified in Ganesh, he was given up as blind and inoperable. Since VHL is a genetically transmitted, genetic analysis and prenatal diagnostic tests for the early detection of the disease in the existing family members, neonates and in the forthcoming progeny of families is important. Treating VHL involving the retina can be challenging, however with the advanced facilities and know how, we can minimize the risk of this avoidable blindness like we did for Ganesh”.

“I had lost all my hope and given up on life due to my blindness until I met Dr. Mahesh. I am forever indebted to him and his team at Sankara Eye Hospital for giving me this new lease of life, helping to see how beautiful the world is.” said Ganesh on getting his new gift of vision. 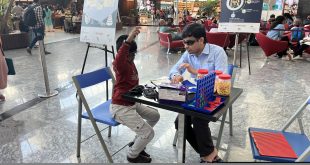 Share Bangalore: In alignment with the UN theme of “Transformative solutions for inclusive development: the …