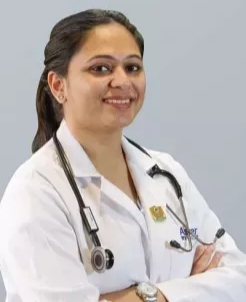 An estimated 703,000 people a year take their life around the world. For every suicide, there are likely 20 other people making a suicide attempt and many more have serious thoughts of suicide. Millions of people suffer intense grief or are otherwise profoundly impacted by suicidal behaviors.

Each suicidal death is a public health concern with a profound impact on those around them. By raising awareness, reducing the stigma around suicide, and encouraging well-informed action, we can reduce instances of suicide around the world.

World Suicide Prevention Day was established in 2003 by the International Association for Suicide Prevention in conjunction with the World Health Organization. The 10th of September each year focuses attention on the issue, reduces stigma and raises awareness among organizations, government, and the public, giving a singular message that suicide can be prevented.

Addiction to alcohol or drugs increases the risk of suicide. People who abuse drugs or have an alcohol addiction are up to 14 times more likely to die by suicide than others. If you or a loved one has a substance, use disorder, you should know about its risky link to suicide and how to get help to prevent it.

The association of alcohol and drugs with suicidal thinking and behavior is both causal and conductive. The subjective state of hopelessness is key to the disposition to actual suicides. Alcohol and drugs are influential in providing a feeling of hopelessness by their toxic effects, by possible manipulating of neurotransmitters responsible for the mood and judgement and by disruption of interpersonal relationships and social supports. The identification of alcohol and drug use and dependence is critical to the proper assessment of suicide.

According to studies, over fifty percent of all suicides are associated with alcohol and drug dependence and at least 25% of alcoholics and drug addicts commit suicide. Over 70% of adolescent suicides may be complicated by drug and alcohol use and dependence. Because alcoholism and drug addiction are leading risk factors for suicidal behavior and suicide, any alcoholic or drug addict should be assessed for suicide, especially if actively using alcohol or drugs.

Alcohol and drug abuse are second only to depression and other mood disorders as the most frequent risk factors for suicidal behavior. Alcohol and some drugs can result in a loss of inhibition, may increase impulsive behavior, can lead to changes in the brain that result in depression over time, and can be disruptive to relationships— resulting in alienation and a loss of social connection

Addiction or heavy substance use is common in people who die from suicide. Here are some facts:

In more than 1 in 5 suicides, the person had a lot of alcohol in their system at the time.

Suicides related to opioids, or narcotic painkillers, have doubled in recent years.

About 1 in 5 people who commit suicide use prescription opioids or heroin.

Many people who commit suicide use marijuana, cocaine, or amphetamines