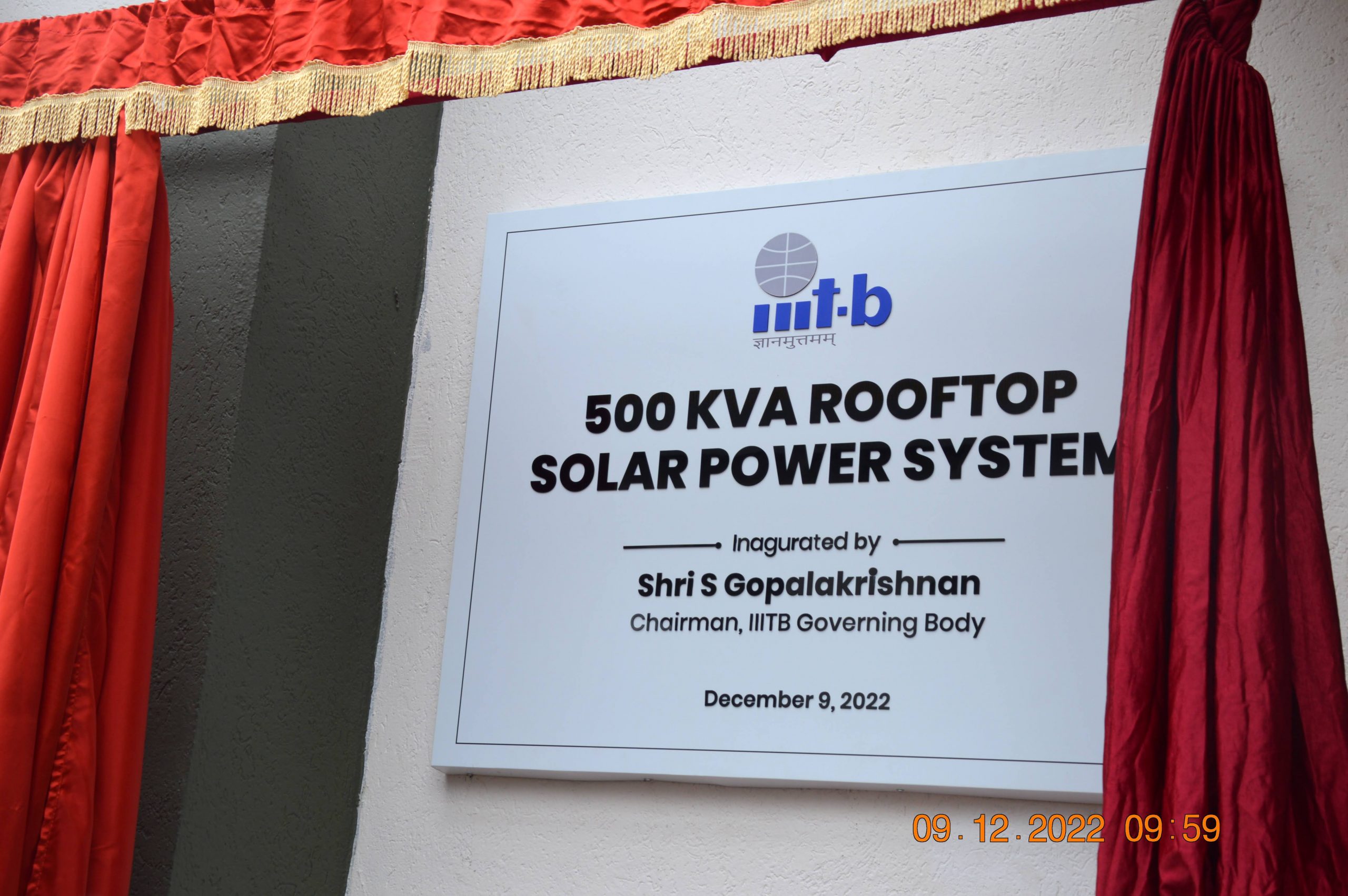 Bengaluru : IIIT Bangalore one of the renowned institutes of India has installed 500 KVA Rooftop Solar Power System at their campus recently.

Inaugurated by Shri S. Gopalakrishnan, Chairman, IIITB Governing body, the solar power system offers 498.43 KWP capacity which is nearly 40% of the power requirement of the institute. IIITB has installed 393 Solar Panels on Rooftop.

Prof. Debabrata Das, Director, IIIT Bangalore said, “The campus of IIIT Bangalore has vast green spaces, a blend of modern and natural infrastructure, perfectly embodying the Institute’s focus on a symbiotic relationship of cutting edge technological research and education grounded in Indian ethos and value systems. The campus has everything that an academic community would want: state-of-the-art infrastructure, facilities that are an invitation to stay physically fit and opportunities to get outside and change the world. In keeping with this ethos, we have installed 500 KVA solar power system.