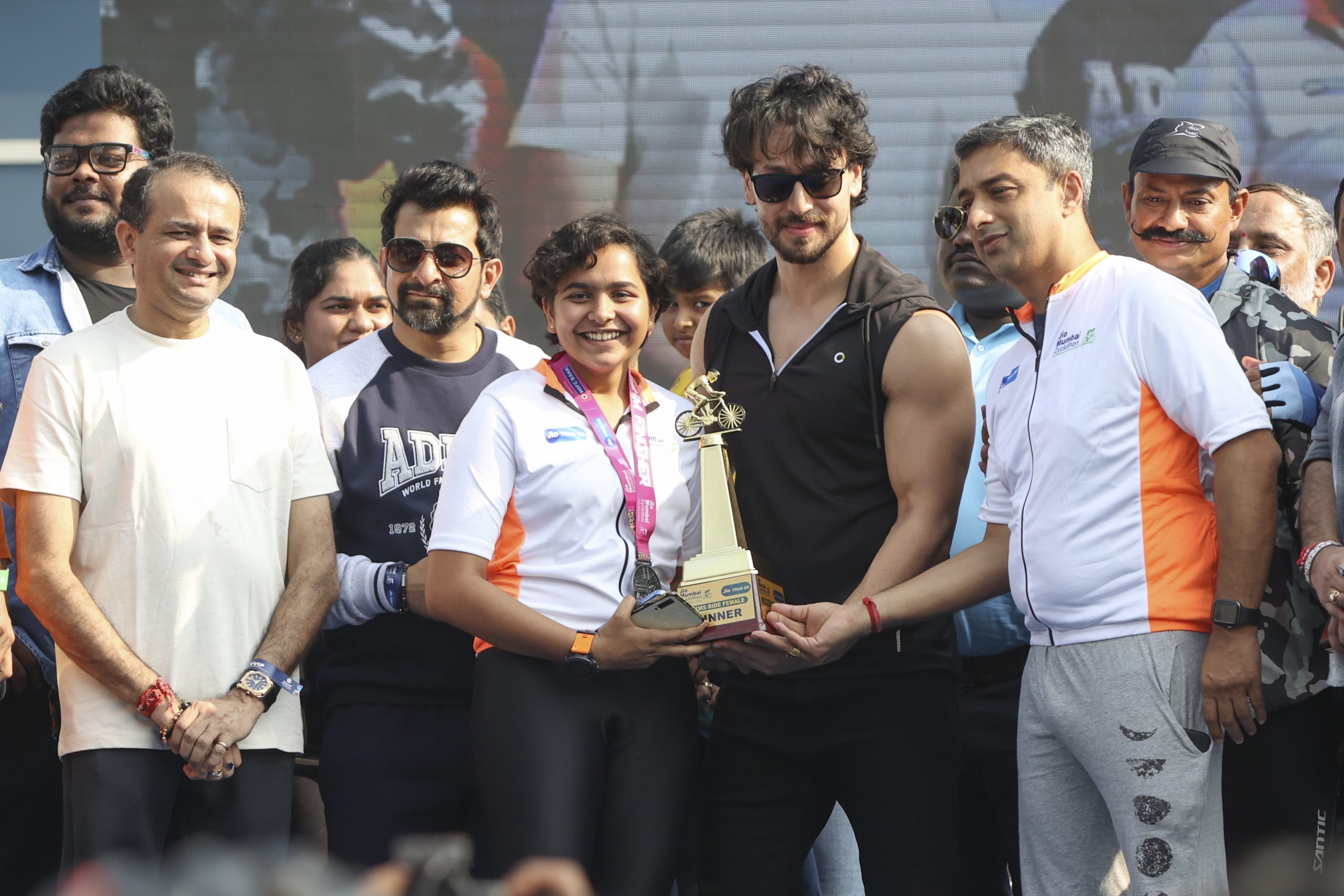 Never before has any city in India witnessed such a high-octane Cyclothon event with an overwhelming response and tremendous support from the government, authorities, corporates, cyclists, and citizens at large.

To motivate recreational cyclists, Jio Mumbai Cyclothon has also given Total Prize Pool: 300000 to 60 participants as per Lucky Draw System also amongst Finishers

At the occasion of prize distribution, Honorable Guardian Minister, Mumbai Suburban, Shri Mangal Prabhat Lodha Appreciated both the events ie. “Aquachamp Swimmathon” and “JIO Mumbai Cyclothon” success, and stated how well it was organised, well planned and well executed. He said, “the department of Tourism would always like to be associated with such events, so that Tourism is also promoted.  I like the dedication of the team to the cause of promoting Cycling as a mode of commute in cities like Mumbai, which will support to have better living environment with reduced noise & air pollution.”

He further reiterated that the “JIO Mumbai Cyclothon” was at par with International Sports Events.

Honourable Guardian Minister, Mumbai City, Shri Dipak Kesarkar congratulated on the event’s success and the excellent way it was organised and hosted and said, “I really like how the entire event was executed and participants enjoyed their ride on the Sealink.” He further added, “ Mumbai as a city has everything to offer to everyone, hence conducting such sports events is  highly appreciated for the benefit of the residents of Mumbai. “

Mr Rohan Khanna, Vice President, Jio highly appreciated the team for the way JMC 2022 was planned, organised and executed and said, “JIO would like to take this event “Cyclothon” to various cities across India to promote the vision “Greener Cities and Healthier Citizens”

IPS Krishna Prakash, Honorary Race Director said, “Inspiring Mumbai,  Maharashtra and India, pedal for cleaner, greener, congestion and pollution free roads and thereby improving overall  environment. The main objective is to encourage as many people as possible to add a day to their daily commute by choosing cycle as their mode of transport instead of cars and bikes. We want to make people realize how cycling as an activity in their daily routine can make a difference to their health.”

Ravindra Wani, Director of Champ Endurance, said, “JIO Mumbai Cyclothon is a Green Initiative for Mumbai. It aims to create awareness among citizens about health and fitness for people of all ages and sensitize them towards eco-friendly transport options like cycling, which is both affordable & environment friendly, and work towards a greener and more sustainable future. Even for long distances, Mumbaikar can use Bicycle.”