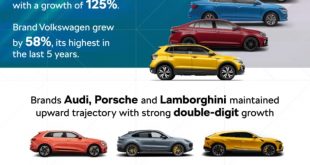 NCP chief Sharad Pawar on Wednesday visited Congress Bhavan in Pune. This was his first visit to Congress Bhavan after he left the party and formed his own party, NCP, 20 years back. The Congress Bhavan is located in Shivajinagar area of Pune. Speaking at the Congress party anniversary get-together programme, Mr Pawar praised the Congress and ridiculed those who are talking about a Congress-Mukt Bharat. “The nation needs Congress. It cannot progress without Congress which is the oldest party of the nation. We cannot ignore Congress’ long contribution to the freedom struggle as well its contribution to nation building. We can have differences with Congress about its plans and policies but we cannot ignore a large party like the Congress,” he said. State Congress spokesperson Mr Gopal Tiwari said Mr Pawar visited the Congress Bhavan after more than two decades and went around the Bhavan.”

ShareStaying with Maharashtra-Karnataka border dispute, the Maharashtra state legislature has condemned the statements made by …